What Is PHP How PHP Is Used in WordPress

Anyone running a WordPress website or blog is sure to come across talk about PHP. This guide explains what PHP scripting language is in plain English and how WordPress exploits it. There are a few things about PHP that every site administrator needs to know.

PHP is a recursive acronym that means Hypertext Preprocessor. That's the last time we'll refer to its long name. PHP is an open source (more here on open source) server-side scripting and programming language. Its primary use is for creating dynamic content for interactive blog posts, websites, online stores, and WP plugins. Most of WordPress' core software is written in PHP.

There are several versions of PHP. It's always wise to have the latest version on the server for security reasons. That goes for all scripting languages, not only PHP. Updated versions typically include new features and fix any identified security vulnerabilities.

You don't need to study HTML web design to learn PHP, but it's recommended. HTML is a novice-friendly markup language and the foundation of web development. HTML glues a website's main structure together using elements, attributes, and content. Learning about HTML before PHP helps you to understand the whole concept of programming and constructing web pages.

It doesn't take keen students long to grasp HTML and become a coder. And once you move to PHP and learn the basics, you go from coder to programmer.

PHP VS Other Programming Languages

Internet giants like Yahoo, Facebook, Wikipedia, Flickr, and many others are built from PHP. It's among the most widely used programming and scripting languages, but it's not the only one.

Here are seven other popular server-side languages, though there are others:

As you can see, programmers like to use some types of code for specific applications. Each has its plus and minus points, depending on usage and who you ask.

There are lots of reasons to love PHP. The most popular WordPress uses include:

The WordPress core development team love PHP because it's easy to access. Moreover, PHP development is flexible, highly compatible, and consumes less time. It's also scalable and offers free support and updates. It's not without critics, but there's much more to like than dislike.

Here are some of the things PHP does to help WordPress site administrators:

Where to Learn More About PHP

If you're a budding website developer, then PHP is going to serve you well.

The software developer community is vast and supportive. There are many free PHP tutorials online or paid courses if you prefer human support. You will learn where to start, what mistakes to avoid, and build your knowledge through practical exercises.

But first, you'll want to set up a local development environment. You also need to install a code editor to write your code. The thing that surprises most newbies is just how easy PHP is to learn, especially the basics of. 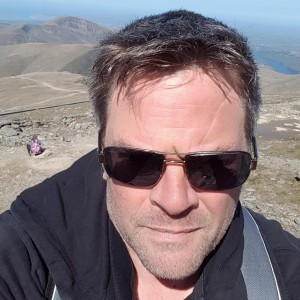 Subscribers to my newsletter get all the latest news, reviews, advice and gossip in the world of search engines, internet marketing, self-publishing, and North Wales (where I live). You can sign up for my free newsletter by clicking this link.

I have a range of webmaster related books for sale on Amazon in both Kindle and Paperback formats. WordPress, SEO & Self-Publishing.
See Full Range
On Amazon

My courses cover a range of webmaster related skills, from learning WordPress itself, to installing an SSL certificate on your site.
Get Coupon Codes
On Udemy

Andy Williams has been offering free advice and tutorials on internet marketing, WordPress, SEO & self-publishing since 2003!

Disclosure: I am an affiliate for a number of products reviewed on this site.  Please read my Affiliate Disclosure statement.

Who is Andy Williams?

Windows software to help you write better themed content on any topic. Let the keyword spider tell you the most important theme words and phrases, then use the built in editor to create and analyze your content.

You can get up to 90% off my Online Courses for webmasters, marketers & affiliates (plus a free course on Gutenberg).